skip to main | skip to sidebar

Doctor Who Crash of the Elysium 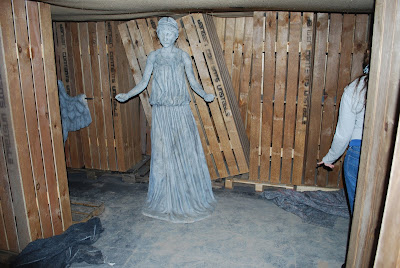 Okay, I’ve been sitting on this one for a while. I’ve been waiting for the project to be finished and photos to prove it. So, my friend Blair is a very talented set designer in New York, working with this theater company called Punch Drunk. I went to experience one of their productions on my last visit called Sleep No More. It was this amazingly weird interactive silent retelling of Macbeth with a noir Hitchcock twist. All of the scenes are preformed in different rooms in this old warehouse, and they did a fantastic job.
Punch Drunk Company is from England, and they were chosen to do something interactive with the BBC for children at the Manchester Festival. Since nothing says children and the BBC like Doctor Who, it was the natural choice. And the company had the good sense to ask Blair to be a part of it. He was given the opportunity to design a crashed maze of a spaceship that the children had to get through in order to save the Doctor. The kids are instructed at the beginning by a video of the Doctor (Matt Smith) to get to the TARDIS to save him. Jump back a few months to my wedding. Blair tells me he’s a bit over worked and was wondering if I’d be interested in giving him a hand. Knowing that this was for something Doctor Who, I immediately put the hack saw to my wrist…Luckily Blair stopped me, and said he just wanted me to draw some stuff. Oh, and that something turned out to be fan favorite - Moffat monsters the Weeping Angels! It felt great to help out on something that was going to be seen by hundreds of people, especially something exciting for kids. The fact that it was for Doctor Who was a dream come true. Then, when I found out I got paid for it, was just icing on a big old happy cake.


Here are my Weeping Angel designs. 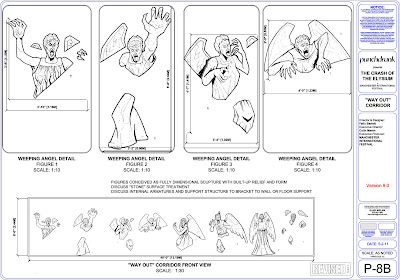 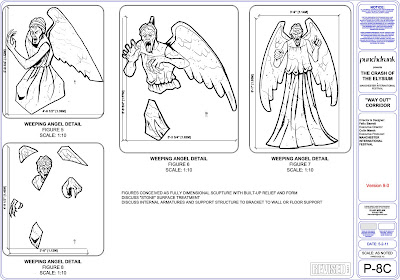 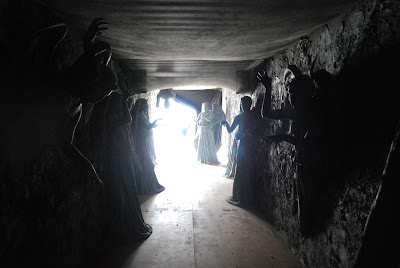 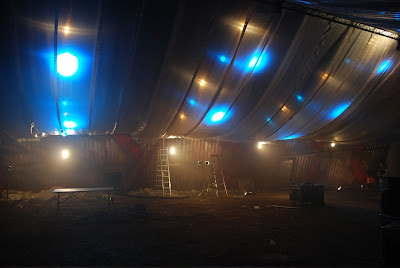 Blair's spaceship design. I wish I could have seen this up close. 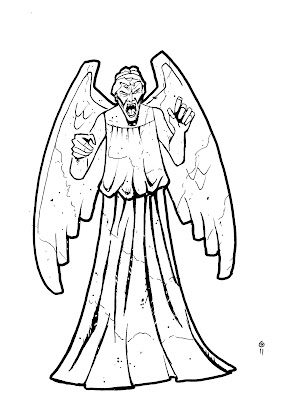 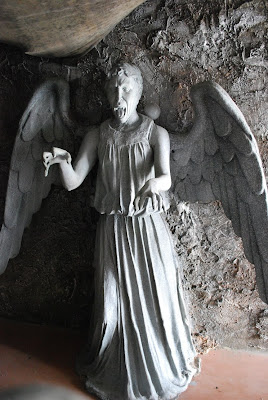 To save on time and money, they came up with the idea of having some of the Angels morphing through the walls of the ship. 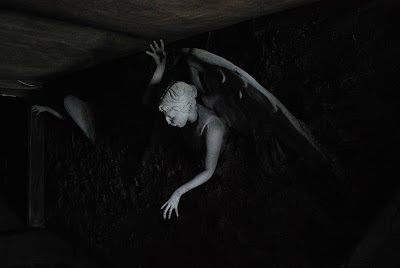 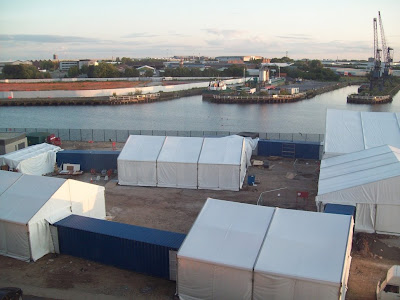 This is what it looks like from the outside. 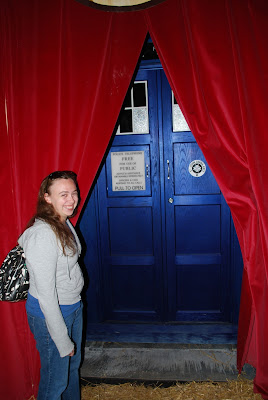 My wonderful friend Martha with the TARDIS.

Jim
I want to draw comics for a living.